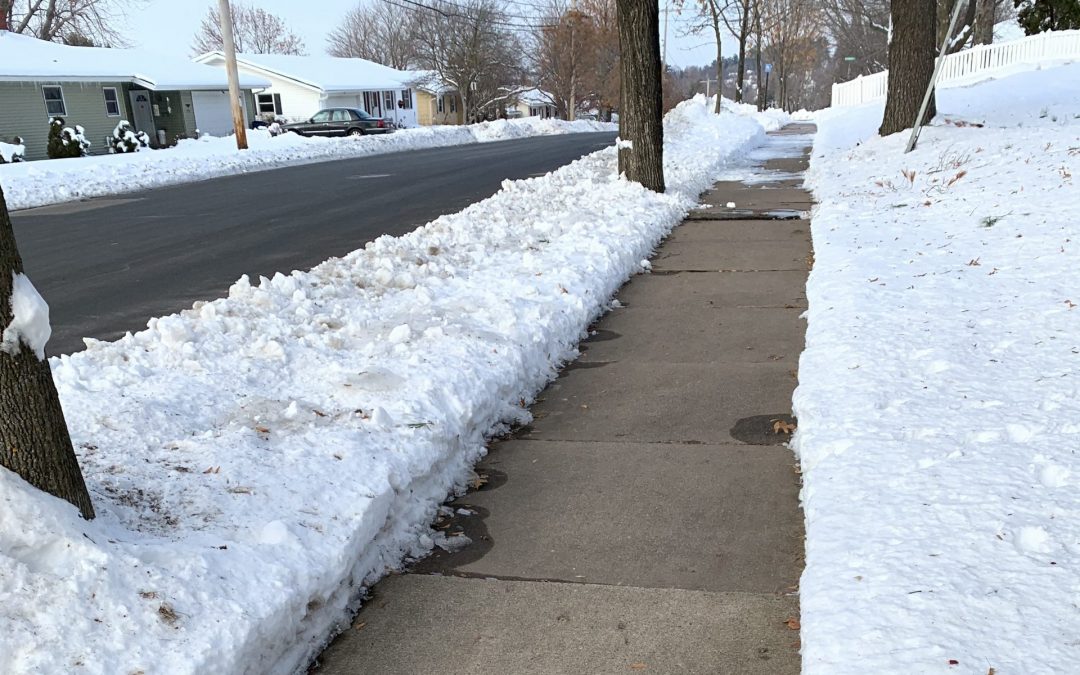 At the recent Longfellow Neighborhood meeting there were a few questions about the winter maintenance of the city’s streets. I’ll address a couple of those issues for the benefit of the greater community.

First off‚ I’ve received some questions if the city is doing something different in how they plow the streets. There has been a bit of turnover in the department of public works Streets and Maintenance department- but they they still been able to clear the streets in a timely manner despite being short staffed. Nine DPW employees have new routes and they are continuing to learn the intricacies of those routes. This can be a challenge as Wausau has over 500 miles of roadway to clear and maintain during the winter months. To that end‚ if you notice something different in how the snow is cleared on your street‚ please let me or the Streets Department at (715)261-6960 know so they can address the issue.

But the greater issue in this winter’s snow removal is the wide variability in this year’s season. In November and early December we had precipitation along with snow and warm temperatures that opened up some groundwater flow which has caused ice in many areas of the city. The combination of rain‚ snow‚ ice‚ and subzero temperatures has caused an icy base on many of the streets that has been difficult to clear. But the city is working diligently to clear those areas and will continue to do so as the weather permits.

But one good note on the winter maintenance front is with sanding. One resident noticed the bright red sand being spread on the hilly areas in the district. This is a new product is an engineered sand that the city started using. It is manufactured northeast of Wausau at the Anderson Bros and Johnson granite quarry. The benefits of the engineered sand is that it ‘sticks’ better to the snow/ice surface so it is easier to spread and less product is needed. So far the department has noticed that the engineered sand works better and lasts longer on the road surface so the benefit is that the city needs to use less product- saving us money.

As the winter season continues‚ please let me know if you have any issues on how the roads are maintained. I can take your concerns to the streets department.