The April 24 meeting of the Wausau Common Council was the first meeting where we actually worked on city matters. We did have an organizational meeting on the April 17, but that one was devoted to taking the oath of office, committee assignments, and establishing the council rules. So last night’s meeting was the first that delved into city issues.

The April 24 meeting went along very quickly, many of the items were in the consent agenda, so that just left a few resolutions for the council to discuss and vote on separately. There are a couple items to keep your eye on: 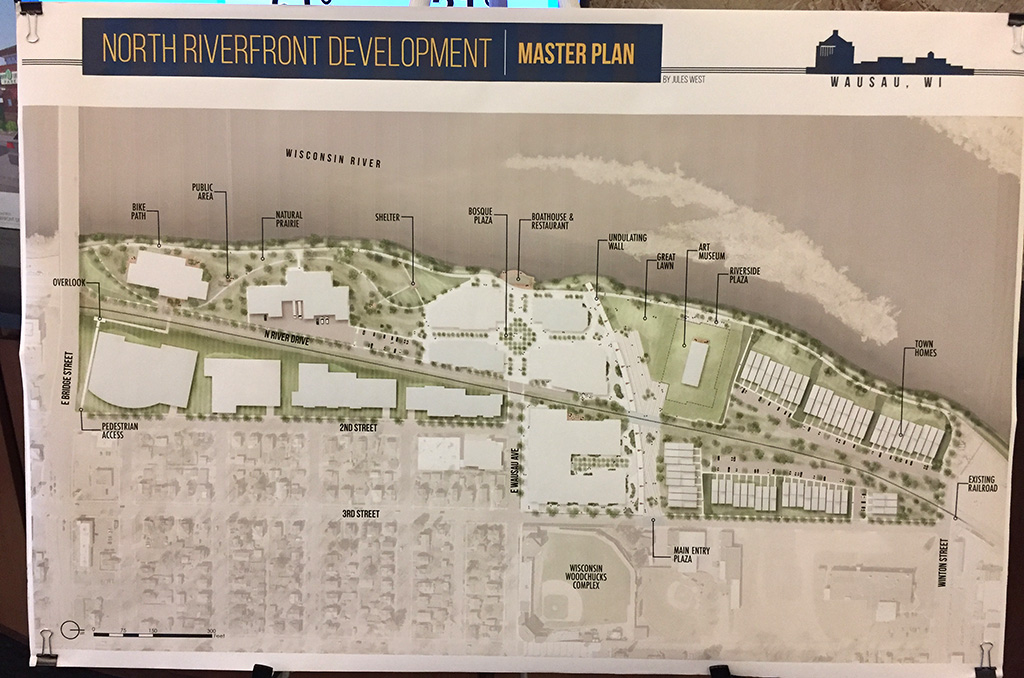 What I found interesting yesterday was the presentation earlier in the afternoon by Jules West, a University of Wisconsin landscape architect student who developed a vision for what could be on the north part of the riverfront district. This vision was his Senior Capstone Project for his major. The northern half of the riverfront district runs along the east bank of the Wisconsin River from Bridge St to Winton. Currently the site is occupied with industrial and commercial buildings. The capstone project is in no way an indication of what will happen on the property, but it is a vision of the potential for the landscape, and shows a lot of ‘out of the box’ thinking of how his area could be repurposed for community use.

The vision brings together items such as land-use, accessibility, stormwater management, and community attraction to address the needs of commercial, retail, and living space down by the river. I’d love to see some of his elements integrated into the future planning of what the north riverfront area could become.