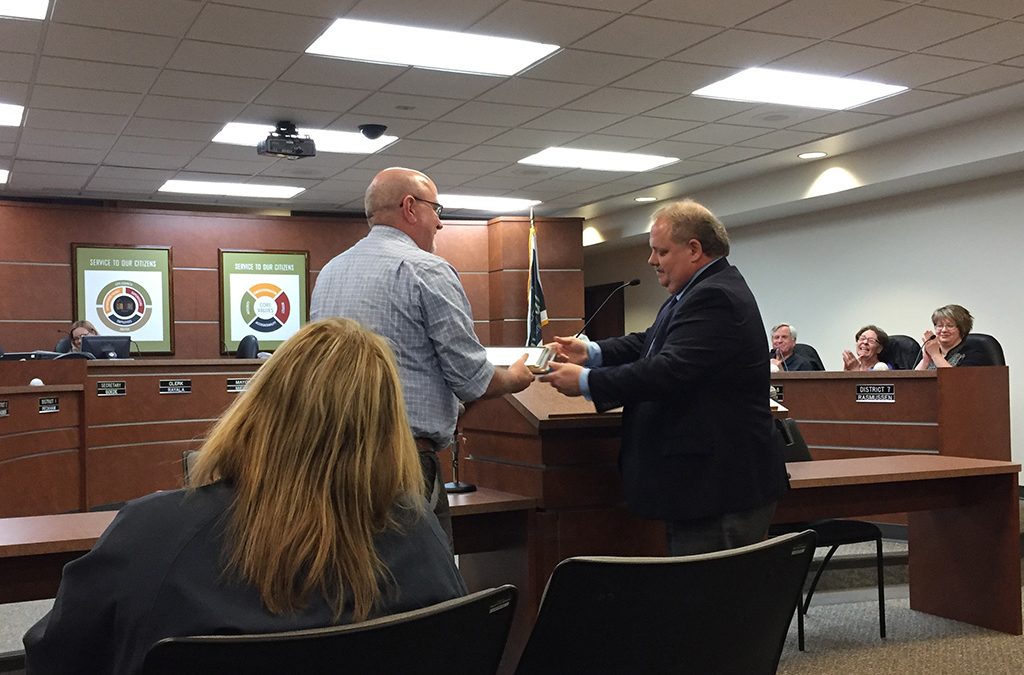 The April 10 meeting of the common council was the final one of the 2016-2018 session. The agenda was full, but went rather quick as many of the items cleaned up loose ends before the new council session starts on April 24. At the end of the meeting Mayor Robert Mielke did recognize outgoing members Romey Wagner, Sherry Abitz, and Joe Gehin for their service on the City of Wausau common council.

But, stepping back a bit, I want to mention that in the Joint Fiance/Ecomonic Development committee meeting that was held just prior to the common council meeting their was discussion and action concerning Blenker construction purchasing 11 parcels along Thomas Street that were remnants from the phase 1 reconstruction of the street. The plan is for Blenker to build 9 multi-family rental housing units on these parcels. The city would provide the land for a $1, $299,000 construction loan of which would be forgiven as 6 of the buildings are constructed, and a Federal $150,000 home loan at 2% interest for the remaining 3 buildings. These three units would be HUD qualified affordable housing units.

On its face this seems like a giveaway, but in the committee deliberations many positive points for the city came forward. The entire project will create $2.25 million in value with an annual return of approximately $54,000 in property taxes ($23,000 would be the city’s share).  All but one of these parcels are outside of a TID (Tax Increment Finance District) so there will be tangible tax relief to property owners and income to the county and schools. Intangible benefits include: new housing units in an aging neighborhood and development along the Thomas Street corridor. One of the concerns of the construction project was that these parcels would lay fallow and quick redevelopment will ease the scars of the road reconstruction. I think the investment is a win for the city.

The committee did not take action on this item, so the project, loan, and sale of land will need to clear the economic development committee before it goes to common council. I look forward to taking up this item in the next term.

On to the Common Council meeting, two significant items came forward. First, the city and Wausau school District where to apply for a grant from the Wisconsin Dept of Transportations Transportation Alternatives Program to create a safe routes plan for the elementary and middle schools within the city. This grant would provide an 80-20 match to create the safe route plan. Basically the planning process would identify corridors and facilities that are hazardous for students to safely walk or bike to school and recommend ways of creating safer routes (sidewalks, paths, crossings, etc). Both the city and the school district were to chip in $8800 which would be 20% of the planning costs with the state providing the other 80%. At Monday’s school board meeting, the support suddenly evaporated and no action was taken on the matter. The city was forced to amend the resolution and now we will provide the entire $17,600 for the planning process. There was impassioned discussion by the council aimed towards the school board on this issue and I feel that the school board made a short sited decision as it cuts them out as stake holders in the planning process. $8800 isn’t a lot of money, and the amended resolution passed 8-1, but I believe the school district could have certainly helped fund this as the plan will benefit their schools and students. 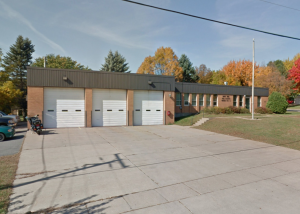 The second item is approving the funding of Architectural and Engineering services for the construction of Fire Station 2. Station 2 is an aging facility located on the west side of town near the hospital and Menards. This station has been targeted for replacement for over 10 years and in 2010 the city purchased land on Highway 52 Parkway for the new station. The recession of 2008 and sluggish economy stalled the movement of this, but now we are at a point were can’t wait any longer. The facility is grossly inadequate for the needs of the community and the department and the brisk commercial construction market and impending tariffs on steel threaten to skyrocket the costs. The entire project will cost $4.2 million and will be paid for by bonding, or a loan. This will impact the city’s overall debt. But the city will be able to manage the load as older debt is retired, so I see the impact to the taxpayer to be negligible. This approval came as a critical time as now construction is expected to start in October of this year with a completion date in mid to late 2019.

Subscribe to my email newsletter for information and happenings around Wausau and District 2 along with my exclusive City Council meeting highlights and analysis.